The well out front is a great topic of conversation as the lore and legend tells us that it was hand-dug to serve horses for the inn / hotel guests and stagecoaches in Burnet, Texas in the 1800s. 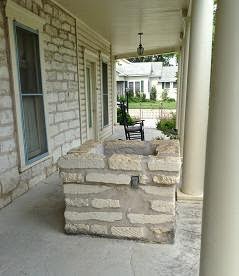 There is an electrical switch on the side and wires running down a pole in the center that we assumed  were for a pump and that it was burned out, since we could never get it to work. 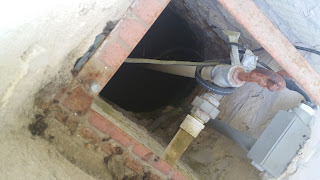 Also, there was an extra flood lamp light bulb in the laundry room when we bought the house that we could never figure out what it went to --- now we know! 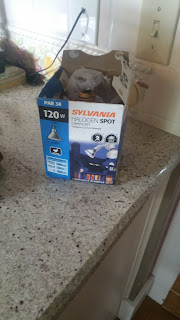 After dinner the other evening at Cafe 2300 , we had a wonderful conversation with Tom, the owner.  He knew a little bit about the Verandas.  He told us that previous owners had a light that illuminated the well on the porch.  So, we HAD to take the grate off the top of the well and investigate. 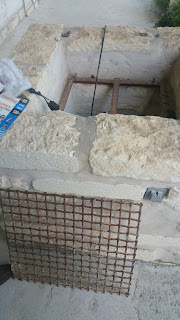 Sure enough, the wires were to a flood light -- and the switch was to the light!
So, we were off to Hoover's Hardware to get supplies to replace the socket and re-wire the light! 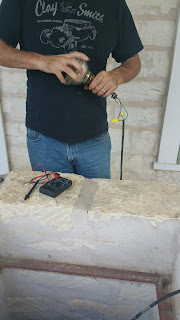 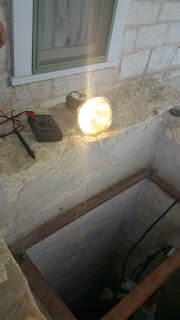 A few minutes later we lowered the wire and flipped the switch... 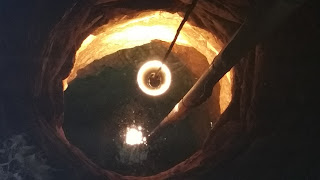 The water is so BLUE looking!
We had NO IDEA!
It is much deeper than we had imagined, and it seems to be coming from two separate streams from the north and east.

Come see for yourself!  The Crockett Suite is right by the well.  Reserve online now at verandasburnet.com or call (512) 588-0088, and we'll be happy to show you this fun new feature at The Verandas Guest House.

Posted by Verandas Burnet at 5:49 PM